Often it is the hard decisions you make that lead to an easier life.

Recently someone I know was fired from a horrible job working with rude and mean people. Over the past two years she allowed herself to be used and abused. It became harder and harder to go to work, yet she continued to remain in a situation in which she had absolutely no control or power. She did not have a back-up plan. Instead of finding another position, a distorted sense of loyalty and fear kept her from taking action to move on.

I completely understand. At one time, I worked for a shady organization. I caught my boss stealing money from a fundraising event that I had designed but he had taken the credit for. He was also accused of sexually assaulting a fellow employee, plus a variety of other offenses. Management refused to address the issues because they were guilty of the same things.

Each day it became more difficult for me to go to work. My heart actually hurt when I walked into the office. One day I could not stand it anymore. No matter how much I needed the money, I refused to sell myself short any longer. The moment I decided to quit, some wonderfully positive energy seemed to align itself with me. Within a month, a great position working with good people came along. The energy I put out attracted similar energy.

Once I had transitioned out of the bad job, I realized that my sense of powerlessness and fear had been generated by thinking I had to keep the awful job. When I released the dread of not knowing what I would do to get a new source of income, something beyond my power began to work on my behalf.

If you are stuck in a negative situation, sit down in a quiet place and honestly ask yourself what you really want. If you’re like most people, as soon as you articulate what you want, an excuse for why you can’t have it will pop up. Release the apprehension of not knowing exactly how you will reach your goal. Remain focused. If fear returns, instead of allowing negative thoughts to consume you, take one action toward improving your situation. Keep moving forward in faith, and patiently watch for the opening of a new door. Then courageously walk through. Have confidence that the optimistic energy you put out will come back to you. The longer you stay in a negative situation, whether it is a bad job or an abusive relationship, the more you break your heart. Nothing is worth that.

One of the best lessons we learn is that if something or someone does not feel right it is a sure sign we need to turn around and walk away. It’s not necessarily easy, but by doing nothing we are guaranteed that nothing will happen. To change our situation we must act and have faith in the truth it is often the hard decisions we have to make that lead to an easier life.

Join the Live Discussion with Regina on Sundays: 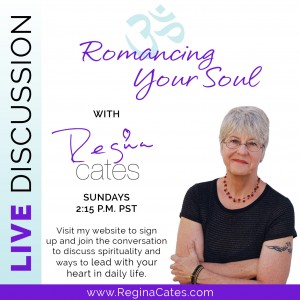 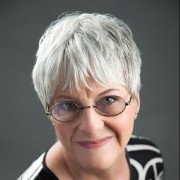 Regina Cates, author, personal empowerment coach, and positivity junkie, inspires thousands of people every day to live lives of limitless possibility. Through her Los Angeles–based company, Romancing Your Soul, she guides people to lead with their hearts. Now with her bestselling book, Lead with Your Heart: Creating a Life of Love, Compassion and Purpose Regina is touching the hearts of a world-wide audience. Visit her web site, http://www.ReginaCates.com, or follow her on Facebook http://www,facebook.com/romancingyoursoul or on iTunes http://bit.ly/RYS-iTunes-Podcast