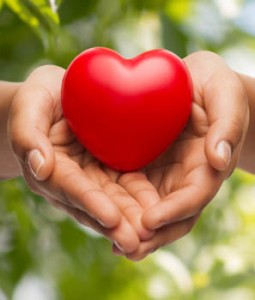 For the longest time when Jack was sick I didn’t want to tell anyone… mostly because he never wanted anyone to see him as anything but who he was.  He didn’t want to be defined or treated differently because he had cancer.  I respected his wishes… it was his life.  In his last few weeks he agreed to see people… because he knew they needed to see him and say their “good byes.”  There was never anything easy about this time for those who came to visit but it meant so much to him that they did come.  He couldn’t speak much in the end but as his wife I could tell that these visits helped him realize that he made a difference in this lifetime… and he did.

This week I received and e-mail telling me that an old friend just found out he has terminal cancer. Though I hadn’t spoken with him in 16 years I dialed his number and was overwhelmed to hear his voice again.  Coming through all I’ve been through these last few years I wanted to tell him that I was sorry for what he and his family were and would be going through.  He didn’t know about Jack and maybe knowing that helped him to understand why I reached out to him.  In the years we knew each other he was a trusted friend and a larger than life inspiration who I respected and admired. I never told him that… but I needed to (for me) and I wanted him to know.

It’s hard to know what to say at times like these.  If you speak from your heart you will always say the right thing.  Jack didn’t need anyone to feel sorry for him and I’ve never wanted anyone to pity me for losing him.  But knowing someone cares always, always helps.

There are three people in my life who by knowing them have made me a better person… and inspired me to be more than I am at this moment.  One has died, one is dying and one has no idea.

Say something.  Tell the people who have meant or mean something to you that you care… before you can’t.