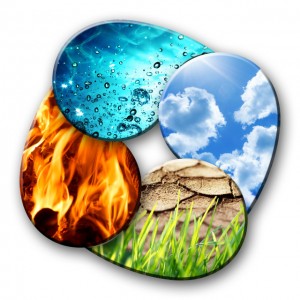 In January an Acupuncturist friend of mine led an Introduction to Chinese Medicine workshop for the Teacher Training Program that I direct, the Yoga NH Teacher Training Program. She informed us that the seasons (spring, summer, late summer, fall and winter) are the entry point to the five elements (respectively wood, fire, earth, metal and water) of Chinese Medicine, and each element has unique phases, imbalances and virtues. The five elements are interconnected in a way that has the ability to transform us both individually and as a collective humanity. The five elements also have a connection to the cycle of life: water to wood represents birth and childhood; wood to fire represents teen to early adulthood; fire to earth is the first part of our middle years as related to family, work and community; earth to metal represents the later part of middle age to old age; and metal to water brings us to death – and then the cycle begins again. This life cycle can also be reflected in projects, performances, trips and anything that has a beginning, middle and end.

I am currently reading the book, Spiritual Ecology: The Cry of the Earth, a book of essays by spiritual and environmental leaders, edited by Llewelynn Vaughan-Lee. According to the website www.spiritualecology.org, Spiritual Ecology is an exploration of the spiritual dimension of our present ecological crisis. In particular these resources explore the interrelationship between our outer, physical ecological situation, our awareness of the sacred in creation, and our inner relationship to the symbolic world of the soul—and how this affects our own soul and the soul of the world, the anima mundi.

In the very first essay of the book, Chief Oren Lyons, Faithkeeper of the Turtle Clan of the Onondaga Nation and a Chief of the Onondaga Nation Council, writes:  “We were told that you could tell the extent of the degradation of the earth because there would be two very important systems to warn you. One would be the acceleration of the winds. We were told that the winds would accelerate and continue to accelerate. When you see that the accelerations of the winds are growing, then you are in dangerous times.”

As I reflect upon the concept of air and how that energy is related to the winds that Chief Lyons wrote about, I am concerned about how much the winds have accelerated in the past decade and how the extreme weather systems have impacted people around the world. Chinese Medicine and Native American teachings are connected in many ways. One of them is seeking balance, another is recognizing that humans are living between heaven and earth, and another is the understanding that when we observe changes in one area of our lives, or the world, it touches many other aspects of our world because … we are all connected.

In his essay, Chief Lyons went on to write: “They said the other way to tell that the earth was in degradation of how people treated their children. They said it will be very important to note how people treat their children and that will tell you how the earth is degrading. So, when you open up the newspapers today, they talk about exploitive sex and children, they talk about homeless children by the millions. To us, it’s a severe indication of the degradation.”

When I look into the eyes of my granddaughters – I see hope for the future of our world. Yet because we are all connected, I also feel sadness for this moment in time because there are so many issues with the mistreatment of our children, in the United States and around the world. And as I think about the children around the world and what Chief Lyons wrote, I believe the start of a new season is the perfect time to contemplate what is important to us and how we might serve those in need because … we are all connected.