Metaphors are a great way to teach an abstract concept. One popular metaphor is the story of “the hundredth monkey.” The story goes that in the 1950’s some Japanese scientists observed monkeys on one island learn to wash sweet potatoes before eating them. The behavior spread locally and, as the story goes, when a certain number of monkeys started doing it, monkeys on neighboring islands started doing the same thing, with out direct exposure to the behavior. The inference is that consciousness can grow and expand and have an influence on the larger population without direct contact. 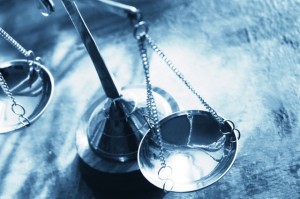 Apparently there is little truth to this actual story, and yet it is a great metaphor we can learn from and believe in. Another term that we hear is “tipping point.” It is a term used in sociology with its origins in physics. According to Wikipedia, it is described as “adding a small amount of weight to a balanced object until the additional weight caused the object to suddenly and completely topple, or tip.”

So here we are at a tipping point in our world. We have been told for decades that we are in an “age change,” shifting into the “dawning of the age of Aquarius” as we learned in song many years ago. The birth and growth of the Internet could be our tipping point…we have become one global family, over night really. But that great advance has come with a price…that we are as children in a family fighting for our rights to behave how we have always behaved, despite the way we now see others behaving. My way or the highway…but there is no highway off the earth at the moment, so the next big challenge is for us to learn how to get along with each other, to let others be the way that they want to be and know that it doesn’t take a single thing away from “my way.”

From earliest man we have feared people different than us…and fought them to protect our own kind. But now, for the first time, it is global and we are mentally overwhelmed at how many different ways there are to live as humans. This can cause us to be frightened to the core…or not!

So if we look at humanity as a whole, with one side fighting to the death for their way, and the other side hoping for, envisioning, praying for peace – to which side are you adding weight? With people able to express their thoughts now via social media, it “appears” as though we are more and more divided. But appearances are just that…they are not fact. The news media competes for your attention by stirring up your emotions…emotions of fear and anger at a survival level. I watch the news to remain aware of what is going on in my neighborhood, state, country, continent, and planet…well, in my universe. But I don’t let it take hold of my emotions. How do I not? Here are some simple steps I do and if we all did them, well, we might just be human/monkey #100! I believe it is so.

I look forward to your comments! Write to me at: voiceofyoursoul@gmail.com