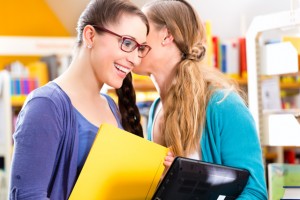 There is a certain thrill when you tell someone something shocking about someone else. There is a sense of power, of knowing something the other person doesn’t know. This “thrill” has been around for thousands of years. So why should we give it up now, why should we change?

There are a lot of reasons to learn to control the urge to gossip.

For the next two weeks, observe yourself and your feelings if an opportunity for gossip comes up. It might be just as simple as a wisecrack about the way someone is dressed at the grocery store, or a really big story about someone you know. First, see if you can restrain yourself. See how that makes you feel. Then if you give in and do it, see how you feel about 15 minutes later.

These are very subtle energies and feelings, but they can be yet another turning point in your life…UP the path, not DOWN the path!

I do hope to hear from you! Write me at voiceofyoursoul@gmail.com

And have a GREAT week!