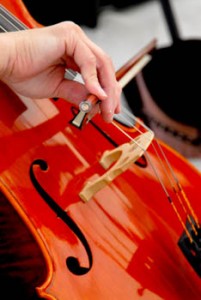 I’m listening to a classical quartet on my iPod at the moment. I hear the beautiful and melodious cello solo. I played the cello for years… why didn’t I ever sound like that?

I have come to understand that if I ask a question, I will get an answer. And I got it. It takes time and practice to learn a craft. Whether it is playing an instrument, learning a second language, or making consecutive free throws, time and practice will move along the process towards proficiency.

As I listen to the beautiful cello, I recall that I was able to learn to play it pretty easily since I could already read music. But I didn’t progress. I also remember starting many different and exciting things, however as soon as it got to be a challenge, I would quit.

Why didn’t I move beyond a rudimentary level with things? Sure, my parents urged me to practice, but it didn’t help because I’d sit in there and not do it. As I ponder it right now, I think it took a level of intimacy that I wasn’t capable of achieving. I think it took being interested enough to dig down a little deeper inside myself to get over the challenging and tough stuff in order to get better.

I was very fragile emotionally (although I put up a good front that all was well), and needed lots of reassurance. I couldn’t stomach not being good at something. My inner critic was always front and center and I couldn’t stand adding fuel to it’s already raging fire of, “See, Janet, I told you that you suck,” so I didn’t even try. That resulted in so many false starts, I can’t even tell you!

I think now about where I might have been had I faced the tough stuff head on. But that’s of no consequence now, because after having healed emotionally, I now tackle tough stuff all of the time, and with flying colors. I no longer fear it, as I’m confident now that I can rise to the challenge. I also embrace all of my false starts because they allowed me to arrive here, healthy, happy and heartfelt.

If you find yourself shying away from hard stuff, you’re not alone. I recently heard on a documentary (forgive me for not remembering which one!) that we human beings are (1) pleasure-seeking, (2) pain averse, and (3) always look for the path of least resistance. However, think about the concert pianist, the bi-lingual woman or the basketball star. They concentrated on their craft and got better and better. They made the choice to forego the easier and more pleasurable immediate gratification in favor of honing their craft.

To assist you in foregoing the easy stuff to get better in learning your craft, please remember to use your imagination. Envision yourself doing really, really well at your craft. For example, if you are learning to dance, imagine yourself happily flowing with amazing dance moves. Feel the feeling now of being good at it and having tremendous fun while doing it. 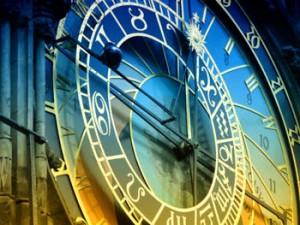 I have been studying astrology since the late 1980’s. It was in 1989, when my partner Steve and I stalked our guru Linda Goodman and became her personal assistants. We helped her copy edit her last published book, Gooberz. In the process Linda taught us astrology on a daily basis, either sitting around her kitchen table or at a small cafe in downtown Cripple Creek Colorado. She taught us by using our own charts. It was she who explained that I had a stellium (four planets) in Capricorn and one planet in Cancer. So all in all, I have 5 planets in Cardinal Signs which in lay terms means CONTROL.

Control issues are something I have come to know I have. As a kid I tried to control the people around me. The best descriptive word for that is BOSSY. Being bossy does not make you popular and if you are honest with yourself, it doesn’t make you very happy either. Trying to be on top of everything and everyone is exhausting and futile.

I remember in my early teens thinking that I wanted to be nicer to the people around me. I wanted to treat them with love and get that same treatment in return. I remember consciously softening my approach to people and if felt good.

But somehow I was having trouble being nice to myself and letting up on the control issues as they pertained to me. I was labeled the “perfectionist” by teachers. For a long time I thought it was a good label until I realized for me personally it actually meant “neurotic”.

Don’t misunderstand me, there is nothing wrong with being thorough and wanting to create the best and be the best you can be but there is a fine line between doing your best and tearing yourself down with self criticism because the end product is never good enough. “I could have done more; I could have put more time into it; It’s not as good as theirs”   These are all too familiar phrases that circulate through my head.

Linda’s advice, on having five planets in Cardinal signs, was to loosen the grip on whatever I was holding on to. I love this advice from a woman who was a quadruple Aries— another of the four Cardinal signs. She knew what she was talking about for sure.

I went through periods where I thought I was giving up some control. I thought I was mellowing out. But down deep I knew my need for or dependency on “structure/control” was still there. I had to know what was happening next or I would start to freak out.

Then there is all the praise and reinforcement for being structured and getting things done from everyone around you. “Wow, you are so efficient.” “You can get so much accomplished”

People come to expect it of you and you start to feel trapped by your own behavior. Even in my early education I felt their were intense expectations on me but nothing was as heavy as the expectations I put on myself. My internal father (Capricorn) was a tyrant and I did not have the courage or the tools to stand up to him. Somewhere along the line, I had come to expect perfection from myself. It was not imposed on me from my easy-going Libra Mom. That is for sure. My whole childhood was filled with Dottie, my mom, telling me to relax, to calm down.

My mom told a story of about a time when I was about eight years old. We were at a party. Libra’s, especially Dottie, could be very social. I kept saying, “it’s getting late Mom we should go.” After about the third or fourth time she said, “Ok Rob, will you stop being the parent here.” I looked her in the eyes and said, “Well one of has to be!” I was probably indignant and had my hands on my hips. They got a good laugh out of it. I was frustrated. She and her friends were lovely. I was just extremely uptight.

At some level I thought I was controlling my world and keeping it all together by my actions and efforts. Somehow I was keeping the Earth in it’s orbit and the stars in their right place in the sky.

Of course that was only in my head. Eventually the stress of life, my fear of everything not being perfect began to get in my way of happiness. I have been journaling since I was 14 years old. The reoccurring topic from my very first journal and still today is about seeking Inner Peace.

So much of our inner peace comes from letting go internally. We have to surrender. Surrender to ourselves. Let go of our expectations and internal demands. Ask ourself, “Is there a different way to do this, that is easier, less stressful?” “Can I be kinder to myself?”

The reality is, there is very little in our control. Very little!

We never really know what is going to happen in the next moment. We can try to control our world by shutting out everything and cocooning ourself in a small room. Besides being really boring, at some point Kali, the goddess of time, or Saturn the god of Karma and time or the Grim Reaper would get into your room and take you along with them at your appointed moment. A moment you have no control over.

You probably know the scene in the Wizard of Oz, where the wicked witch of the west rides over the emerald city and writes “Surrender Dorothy” in smoke. I keep writing “Surrender Robbo*” on inside front part of my forehead when I feel the control monster rearing its ugly head.

It is a monster because it robs us of the true joy of the moment. When we worry and seek perfection from others and ourself we are not living fully. Our culture rewards winning. But winning is not always possible. And sometimes it is in failing that we learn so much.

Take a deep breath. Let go of some of the constriction that keeps you in knots inside. You are not holding the world together single-handedly, even though it may feel that way.

Surrender! Allow yourself to be less than perfect and at the same time love yourself fully no matter how much imperfection you feel surrounds you or is inside you.

You are good, You are love. Surrender my friend. Lay in the field of wild flowers of life and relax.

(*A nickname I acquired in Greece, 1991. When my partner Steve and many friends use it, I feel deep affection. I use it here, lovingly towards myself.)